Concealed carry has been exploding for the last decade. More and more states are loosening their state’s gun laws and allowing your average everyday person to legally carry a gun. This increased interest and ability to carry a concealed firearm has led to an entirely new industry of firearms, training, and of course an interest in firearm laws.

Concealed carry is regulated almost entirely by the states. All fifty states do issue concealed carry permits. The big difference comes in how the permits are regulated.

States like Vermont are considered constitutional carry and do not require a permit to carry a firearm of any kind. California, on the other hand, requires a person to have a reason to be issued a permit, and they can be denied at the will of a bureaucrat. Being issued a permit in California varies greatly between different counties, and is typically very hard to get without having a lot of money or connections.

All states issue their permits differently. Due to these massive differences between the way states issue concealed carry permits, reciprocity varies greatly. It can be one of the most difficult hurdles to clear.

Reciprocity is defined as, ‘the practice of exchanging things with others for mutual benefit, especially privileges granted by one country or organization to another.’

Another example is California; California does not accept permits for concealed carry for any other state. Therefore, no states share reciprocity with California. So even if a concealed carrier has a permit for Texas they cannot legally carry in California.

If someone in Texas carries their concealed carry firearm in California they are violating the law and can be arrested, tried, and jailed. Remember, all states are different in whose permits they honor. Because of this traveling as a concealed carrier can be quite tricky.

What is National Concealed Carry Reciprocity?

Imagine if a person wished to take a road trip across several states via the car they drive each and every day. Because states do not share reciprocity with other state’s drivers licenses the road tripper has to make sure they plan their road trip through states in which their license is accepted.

Doesn’t that sound frustrating? That is what concealed carriers have to deal with when it comes to carrying a concealed handgun and having a license in their state. National reciprocity is the national recognition of concealed carry licenses across state lines.

If National Concealed Carry reciprocity was to become law in the United States, then individual states would have to recognize concealed carry permits for many types of handguns, like your run of the mill 9mm or 22lr pistol. This will essentially make a concealed carry license work the same way a driver’s license works.

She obtained her concealed carry because she had been robbed twice, and wanted to protect herself. She was arrested, sat in jail for 40 days before making bail, and faced a three-year mandatory prison sentence if she was convicted.

This woman has zero criminal record, takes care of her two children, and had been the victim of a violent crime twice in her life. Yet she was facing a three-year prison sentence. She was fortunately pardoned for the crime by New Jersey’s governor.

If National Concealed Carry reciprocity was in effect Miss Allen would have never been arrested, and never faced 40 days in jail for nothing. National concealed carry reciprocity would have protected her as she crossed imaginary state lines and allowed her to protect herself regardless of where she was.

Carrying a firearm for self-defense means taking your safety seriously and making it your priority. It also means dealing with a mess of firearm laws. Shaneen Allen was capable of protecting herself with her gun from violent thugs, but US Gun laws failed her to protect her from vicious prosecutors and ridiculous laws.

This isn’t just beneficial to the individual concealed carrier, but to the state, and county in general. Cases brought against normal law-abiding citizens who make a harmless mistake are bound to add to an already overburdened court system. Plus, the cost to prosecute, and jail a concealed carrier for doing nothing more than carrying a firearm is an astronomical waste of public funds.

The threat of a violent attack does not end just because a person crosses a particular state’s line. National Concealed Carry reciprocity would allow legal and lawful gun owners to carry their firearms from state to state legally. Concealed carriers will no longer have to disarm and make themselves open to violent attacks.

This is especially true for states that are restrictive on the right to carry a firearm. States like Illinois and Maryland make it difficult to carry a firearm for self-defense, even though Baltimore and Chicago are some of the most dangerous cities.

In general, National Reciprocity may also help lower crime rates nationwide. Criminals tend to fear an armed populace and because of that, they will never really know who is armed and who is not. Crimes against tourists, particularly robberies, are bound to be lower when perps start getting perforated.

National Concealed Carry reciprocity will not cause states to change their licensing rules and restrictions. It will merely allow a concealed carry license to be valid in every state. This allows people in states like California to obtain an out of state permit.

National Reciprocity could effectively bring the ‘Bear’ portion of keep and bear arms to states that often deny their citizens their rights.

National Concealed Carry Reciprocity is largely an excellent idea. The downsides to it are solely on the anti-gun side and their innate fear of legal concealed carry. As concealed carriers, it is critical to remember different states and their laws

Some states outright ban magazines that allow a weapon to hold more than ten rounds. New Jersey bans hollow points for concealed carry. These laws will still be in place after National Concealed Carry reciprocity is implemented.

While National reciprocity will allow people to carry firearms in their state, the laws regarding firearms, in general, will still apply. This is also important when it comes to carrying a weapon via vehicle. Some state laws are very specific on how to carry in a vehicle regardless of a concealed carry permit or not.

Some states also utilize a duty to retreat versus a right to stand your ground. These are all important laws to understand and to know before a concealed carrier travels to a different state.

National reciprocity will prevent crime in two ways. Citizens carrying firearms legally will no longer be prosecuted for victimless crimes, and criminals will be less likely to bother armed individuals. The current push for National Concealed Carry Reciprocity is looking to be the most successful push yet. 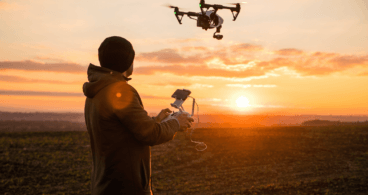 10 Best Drones for Hunting and Spotting 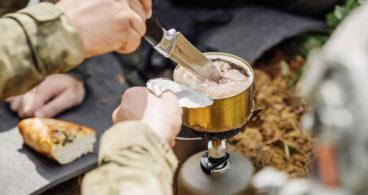 Best Snacks For Hunting, Hiking Or Any Situation 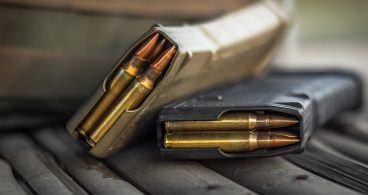 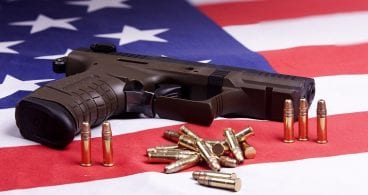