MIRA Safety is one of the premier manufacturers of protective gear designed for the military, police, firefighters and first responders that may have to risk being exposed to hazardous conditions and materials and their portable Geiger counter does just the job.

Their big sellers are their CBRN gas masks that are used by Mil/LEO customers all over the world, as well as private citizens looking to be prepared in case of riots, natural disasters, terrorist attacks, and other similar events.

After their excellent gas masks, one of their most popular products is a pocket-sized Geiger counter/dosimeter that’s small enough to fit in your pocket, has an automatic and custom-set alarm, and is cheap enough that almost anyone, from serious preppers to casual EDC nerds, can pick one up for their emergency kit.

I’m always interested in preparedness products that address modern threats such as the risk of radiation exposure, and this is a great way to help protect yourself from that….if it works. At $150, which is a good bit less than most Geiger counters, I had to try it out.

I know what you’re thinking…why the hell do I need a pocket-sized Geiger counter?

Living in the world we do, it really does pay to be prepared for everything you can. That’s why most of us carry guns, right? So we can be prepared to defend ourselves from a variety of threats.

But what about threats we can’t stop with a gun?

Wildfires like those that are currently ravaging California, the deadly hurricanes that have devastated parts of the Caribbean, and the recent earthquakes that caused so much damage in Japan…a gun doesn’t do a whole lot to keep you safe during these types of events

If these incidents have done anything, they’ve proven that relying on the government, any government, for our safety, isn’t necessarily the best idea. That doesn’t mean the government is evil, or malicious, or even incompetent though. I don’t want to get political about this.

But the reality is that governments have to be responsible for all their citizens, and sometimes the simple mathematics means that some of us are going to have to fend for ourselves during a natural disaster, riot, terrorist attack, or what have you.

If I’m going to be cut off from backup, I want to be as self-sufficient as possible, and that means being prepared for every threat I can. Which, in the world we live in, includes radiological material.

This is not meant to have you living in fear of a nuclear or radiological incident, but we carry guns, learn first aid/trauma medicine, and keep smoke detectors and fire extinguishers in our homes because those are real steps we can take to combat real problems.

Radiation exposure is no less of a threat if it happens, but thankfully you can be just as prepared for it as for a fire in your kitchen, or a mugging at the ATM.

Short of an actual nuclear attack, there’s the risk of a damaged reactor failing due to earthquakes, fires, floods, or even a terrorist attack, as well as the risk of a dirty bomb. We also ship over 20 million truckloads of nuclear/radiological material on the highway every year, and sometimes those trucks have accidents.

Almost two-thirds of Americans live within 50 miles of a nuclear power plant, and who knows how many of us live near a military base or secret government launch site with nukes and don’t know it.

Beyond that, there’s hazardous industrial waste,  radon leaks, and even some natural sources of radiation. Plus there’s the danger faced by anyone working in an industry that uses radiological materials and devices that produce radiation.

Without a dosimeter or other warning device, an industrial or commercial accidents can easily lead to excessive radiation exposure in these fields, and goooood luck getting insurance to cover any cancer you may get a few decades down the line if you don’t have some kind of evidence of exposure.

Even if you think your employer has proper radiation shielding in place, doesn’t it still make sense to double-check independently?

Finally, if you travel a lot, you might be in countries that have nuclear power plants or even nuclear weapons or industrial runoff that you could be inadvertently exposed to and never even realize it unless you have this portable Geiger counter by your side.

The Fukushima Daiichi reactor incident in Japan proved that even modern, industrialized nations with thriving industries may have lax safety standards around their nuclear power plants, so having a small, compact device that you can throw into a bag and forget about until you need it seems like a practical consideration.

And remember, you can’t see radiation. You can’t smell it. You can’t taste it. The only warning you’ll have is maybe some nausea now, and then a vastly-increased risk of cancer later.

Overview of the MIRA Safety Geiger

The MIRA Safety Geiger is, on paper at least, exactly the device you would want to have to protect yourself from radiation. It’s about the size of a large pen, and it’s simple enough that almost anyone can use it.

The device itself is 1”x5” and weighs under 2oz, so it really is something you could slip into an EDC pouch, glovebox, carry on, or even just into your pocket and forget about it until you feel the need to check something.

And when you’re checking something, it takes just 20 seconds and is sensitive enough to detect the radiation levels in the air, water, soil, or any other material that won’t melt the impact-resistant plastic.

It uses two watch batteries and is accurate enough that it can be used by regulators and inspectors checking nuclear sites and other places that house radiological material, such as hospitals.

My favorite feature though is the alarm.

When the device detects a certain level of radiation exposure (default set to .3 microsieverts/hour) it activates and gives you a tone. This limit is something you can adjust for yourself so you set the threshold to whatever level you need, whether you’re a hospital tech double-checking to make sure the CT scanner has adequate shielding, or you’re wandering a nuclear wasteland after an apocalypse.

Is the MIRA Safety Geiger-1 Worth It?

While a nuclear apocalypse is extremely unlikely, there are lots of ways the average person can be exposed to radiation. Even flying frequently can expose you to high levels of radiation, so having a device like this Geiger counter that measures such exposure can give you peace of mind, and a whole lot more leverage in a courtroom as well.

I love the fact that MIRA Safety has brought a Geiger counter to market that’s small, lightweight, and simple for even an untrained user to operate. I’m all about giving people the tools to keep themselves safe, and this

For the average user, the alarm feature is probably the most directly useful, but probably isn’t the one you’re going to use the most. I personally enjoyed just testing random objects with it, just to check the radiation from various things.

It’s a nice way to verify that you really are safe from radiation, and is a good thing to have around for your peace of mind if nothing else.

And that’s not something to be overlooked. Being free to not worry about this stuff is half the point of prepping for dangerous situations anyway. Knowing you can keep you and your family safe during a crisis is priceless, and that extra comfort is easier to achieve now than ever before with the variety of products out there that can help you be prepared for anything.

If you’re like me, and you’re looking to give yourself the best chance of handling real-world disasters, a device like the Geiger-1 makes an awful lot of sense.

The fact that this thing is small enough that you can drop it into a shirt pocket along with your pens or what have you is amazing, and I love that you could reasonably EDC this is you work in a profession or live in an area where radiation exposure is a potential risk.

I used to do a lot of IT work in hospitals and doctor’s offices, and I wish I could have had something like this back then just to double-check things.

If you’re concerned at all about radiation exposure, whether because you live near a power plant and don’t necessarily trust the government when they tell you it’s safe and up to code, or you’re worried about improperly stored government waste, or even radiation exposure in the workplace, the Geiger-1 is an effective, affordable tool that can absolutely help keep you and your loved ones safe.

The MIRA Safety Geiger-1 is a tool that helps keep you aware of any danger you may be in from radiation exposure.

So if you’re worried about radiation exposure in your water, in your workplace, in your home, or even in your food, it can be used to protect you and your loved ones from what would otherwise be an invisible threat. 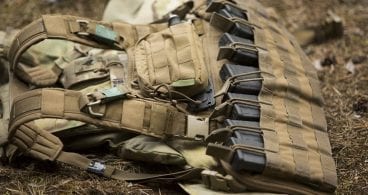 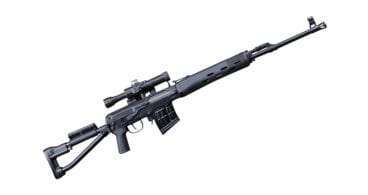 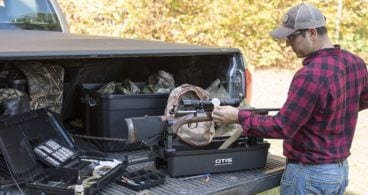 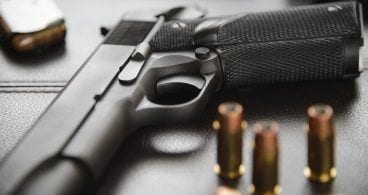