The Mighty Mosin Nagant: A Historical Overview and Modern Day Use

The Mosin Nagant is a legendary rifle around the world. It has seen an upsurge in the last couple of decades due its massive American sales. Largely driven by the low cost of both the rifles and the ammunition, the Mosin Nagant is widely sold throughout the United States.

While most buyers buy one for their overall arms collection, serious Mosin Nagant fanatics collect them in the dozens and equip them with top tier optics as well. Mosins are not a singular rifle; the Mosin Nagant design is spread among a dozen or more different variations of the same model.

Sometimes the differences include barrel length, receiver-style, and the small changes different countries made when they adopted the weapon. The Mosin Nagant has spawned many different variations over its long and bloody history.

1. The Creator Of The Mosin Nagant

The Mosin Nagant was born from the same chaos that most rifles came from in the late 19th century: necessity, and bloody lessons learned from conflict.

In 1877, the Russians marched into the Russo Ottoman war with single-shot Berdan rifles. The Russians learned a very bloody and brutal lesson at the end of the Ottoman’s Winchester repeating rifles. It was bloody battles like the Siege of Pleven that finally shook the Russian Army to its core and convinced them to update their rifles.

The Russians put out the request for a modern rifle, and three rifles were submitted. One from a Captain Sergei Mosin, one from Leon Nagant, and one from a Captain Zinoviev. The trials were very split, with evaluators disagreeing on different elements of the rifles.

Eventually, the native Sergei Mosin had his rifle adopted. However, it would undergo refinement before it was fully adopted and designed. What exactly was changed?

The sights, the magazine, follower, and interrupter were all updated. The rifle was also converted to feed from stripper clips. All of these upgrades were taken directly from the Mosin Nagant rifle.

This forced the Russians to pay Leon Nagant for his entire design at the agreed upon price of 200,000 Rubles. In Russia, the rifle is known as the Mosin, and the Mosin Nagant title was propagated largely by the Nagants, who wanted to attach their name to a military rifle.

The official designation of the Mosin Nagant is the 3 Line Rifle, Model 1891. The term 3 line is used to describe the caliber of the weapon. A line was a measurement and represented 1/10 inch, so 3 lines equal 30 caliber.

The 3 Line Model 1891 served its purpose well and seemed to please the Russian military. The adoption of the Mosin Nagant gave Russia a modern rifle. It met the demand that Tsar Nicolas issued.

The rifle met and exceeded current European standards for a reduced caliber, smokeless powder rifle. The rifle served is relative peace for the first decade of its service. Due to production limitations at the time the rifle was slow to be fielded.

In 1904 the Russo-Japanese war began. At this time there had been close to 4 million Mosin Nagant rifles built. The Calvary obtained a large portion of the rifles, and some were sent to the front.

However, most Russians in the middle of the war still used the older Berdan primed rifles. It may be hard to wrap modern minds around the why for this situation. This is a matter of early 1900s logistics, production rates.

It is very easy to issue Mosin Nagants to units stationed in the same cities as the rifle manufacturers, it is much more difficult to cross the vast, own rugged, and cold Russian empire to pass out rifles.

However, from combat, the Mosin Nagant evolved from lessons learned. The most notable was the adoption of a spitzer round instead of a round nose projectile. Spitzer bullets offer numerous ballistic advantages including accuracy and penetration.

Since the round was more accurate and had long-range new sights were adopted to take advantage of this extended range. A handguard was adopted to cover the top of the barrel to protect the user’s hands from a hot barrel.

The stock was also cut to adopt a new removable sling, using the famed dog collar sling. The rifle was produced at almost half a dozen factories and over time became issued to more and more soldiers.

With the start of World War 1, the Russians were still short on arms. As the war ramped up the Russians contracted Remington Arms and New England Westinghouse to produce 1.8 million rifles apiece.

The rifles in Russian hands at the beginning of the war became quite popular with soldiers. They were easy to use, accurate and hard-hitting rifles. The 7.62x54mmR round was potent and powerful, and the overbuilt rifle was perfect as a club or in bayonet battles.

The rifle reportedly functioned extremely well in the adverse conditions of World War 1 and proved to be a modern and capable rifle in soldier’s hands.

These American made variants are some of the most popular models in the current market. Their unique stamps make them more valuable than a traditional Mosin Nagant. The nearly 4 million rifles were never delivered.

Less than half a million rifles were delivered before the rising of the Communists in Russia caused the contract to be canceled. The new Communist dictatorship refused to pay the Americans for these rifles.

The remaining quarter-million and some change Mosin Nagant were sold to the United States military. From there they were issued to forces fighting in the North Russian Campaign. Some were given to allies and others sold through the Civilian Marksmanship Program.

Some of these rifles were issued to National Guard and ROTC units. These issued rifles are some of the most valuable collector’s pieces on the market.

After the Great War, the Russian civilian war started. Again Russian on Russian combat commenced, with Mosin Nagants on both sides of the civil war. The war ended in 1924 and the Red Army rose.

The Red Army started a committee to update the now 30-year-old rifle. These updates included changing the sights to meters over arshins, using a hooded front post over a front site blade, and shortening the barrel nearly 3 inches.

The bolt was also slightly modified and was not compatible with the older 3 Line Model 1891 rifles. The New Mosin Nagant rifle has become known as the M91/30. The M91/30 is the most common Mosin Nagant on the market.

The M91/30 can largely be considered the base model Mosin Nagant.

Before World War 2, or the Great Patriotic War, the Mosin was called into serving a wider variety of roles than ever before. At the time the rifle was developed it was considered quite accurate.

This led to it becoming the Soviet Sniper rifle in 1932. Wielded famously by Russian Snipers like Liudmyla Mykhailivna Pavlychenko and Vasily Grigoryevich Zaytsev in World War 2. These snipers used these rifles to great effect, killing hundreds of enemies throughout the war.

The next is the first carbine variant, the M38 Mosin Nagant. This carbine version of the Mosin Nagant was designed for combat troops who didn’t occupy the front. This includes roles outside of the infantry like an artilleryman, engineers, signalmen, and armored use.

The M38 trimmed the M91/30’s barrel down 8.5 inches. This made the rifle easier to carry and use in closer quarters. The main downside to the Mosin Nagant M38 rifle is that it cannot mount a bayonet.

These days the lack of a bayonet isn’t a major issue. However, in World War 2 melee fighting was still a common occurrence. This is especially true for the Russians fighting in Stalingrad. Stalingrad was a brutal battleground where everything from artillery to hands was used to fight wars.

The Soviet Sniper rifle was a Mosin Nagant 91/30 equipped with a 3.5 power PU Scope. Due to the straight bolt design, a unique scope mount had to be designed. The scope is mounted directly to the wooden stock.

This placed the scope quite high but was proven to be an effective sniper rifle. It was also a gun that could be made on-demand. It was an existing rifle and outfitting an existing rifle is easier than creating one. Especially for World War 2 era Russia.

What’s old is new, and after decades of service the Mosin Nagant M91/30, M38, and Sniper variants were called upon again for another World War. At this time the Russian M91/30 was the most mass-produced rifle in Eastern Europe.

The Russian Military at this time was the largest mobilized army in history. Millions of Russians were called to protect the motherland. They had more Russians than rifles in some situations, although this is rarer than Hollywood would have you believe.

The Mosin Nagant went to war and again was a successful rifle. It was the backbone of the Soviet Armed forces and was supported by machine guns and submachine guns. It held its own against the German Kar 98.

Near the end of the war, some issues were identified with the Mosin Nagant M91/30 and the M38. Due to the close quarters warfare experienced on the Eastern front, the need existed for an infantry short rifle. The lack of a bayonet on the M38 meant they needed a new rifle.

The new rifle was another carbine variant based off of the M38. The Mosin Nagant M44 was then born. The M44 is a carbine length rifle but is equipped with a side-folding bayonet.

The rifle was permanently attached to the rifle and folded to the right of the barrel. The M44 was born before the war began but saw very little use on the Eastern front. The M44 would go on to be a successful rifle in its own right.

After World War 2 the Russians realized that war was no longer fought over hundreds and hundreds of meters. The STG 44 influenced the Russians to build a lighter, shorter, semi-automatic rifle for combat under 300 meters.

Mosin Nagants has ended up in every dark corner of the world. To this day terrorists and freedom fighters use them alike in tiny, dark, and violent nations. Countries like China produced their own variants that saw use in the Vietnam war.

6. Modern Use of the Mosin Nagant

The Mosin Nagant was a sniper rifle with the Russians for decades. It served for over 120 years and is the longest-serving rifle in a nation’s arsenal. In the United States, the Mosin Nagant is a popular rifle and remains a favorite of mil surp collectors.

The Mosin has a massive aftermarket and is living a renewed life in the hands of American shooters. It’s a cheap, hard-hitting, fun to shoot rifle that kicks like a mule and booms like a cannon.

As a result, this inexpensive rifle is making renewed efforts to be one of the more popular budget rifles on the market. It’s an effective long-range rifle to pair with a .22 for survival and just about anything else you’d need. 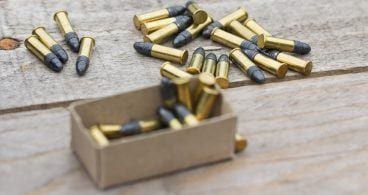 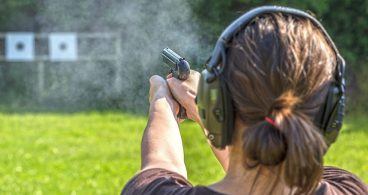 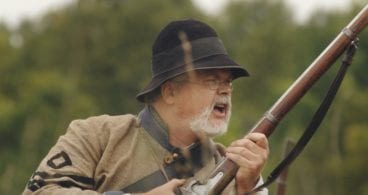 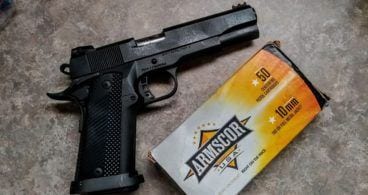