The Mossberg 500 vs. Remington 870. Which is better? There are two true titans of shotguns in the American firearms industry, and they go by Mossberg and Remington. Both of these classic American companies have been around the block a time or two, and both produce a variety of weapons. In the same way that Ruger is well known for their rifles, these companies are both most well known for their immensely popular shotguns.

Remington produces a few different shotguns, but the mainstay of their shotgun line is the Model 870. The Model 870 was first produced in 1950, and it has quickly risen to become the most popular shotgun in Remington’s catalog. The 870 has a storied history of use by hunters, sports shooters, police officers, and soldiers.

Mossberg also produces a variety of shotguns in pump and semi-auto platforms, and back in the day, they produced bolt action shotguns. The Mossberg 500 is their famed pump action shotgun and began production in 1960.  I’m going to break down both of these into more detail, in an attempt to showcase the differences and similarities like one of our other authors did here between the AR-15 and AK-47. Let’s get into the Mossberg 500 vs. Remington 870.

The Remington 870 served in various wars and is the armory of the Coast Guard, Airforce, the Navy, and various National Guard units. I even own an Army model M870 riot gun from the Ohio National Guard. The Remington 870 has a wide variety of different variations available including slug guns, trap guns, tactical models, and more.

Remington produces different grades of guns with the Express and Tactical models being the cheaper models. This includes functional but less pretty finishes, as well as plastic trigger guards, and dimpled magazine tubes that make it difficult to add a magazine tube extension.

The Wingmaster and Police models are the higher end guns with metal trigger guards, a better finish, and undimpled magazine tubes.

The 500 is the most common variant and comes in tactical, security, and field models as well as NFA SBR and AOWs. The magazine cap design does not allow you to extend the capacity of a Mossberg 500 without completely replacing the tube. The 590 and 590A1 models feature a heavy walled barrel and easily extendable magazine tubes. The 590A1 is the only one to feature a metal trigger guard and trigger.

When it comes to articles that are considered versus articles, it’s hard to find an honest assessment due to brand loyalty. It happens, and I’m not immune to this. Have me write a Glock vs. CZ article, and you’ll see CZ bias. However, when it comes to the Mossberg 500 vs. Remington 870, I feel pretty neutral on the topic.

I own multiple versions of both guns. This includes my first gun ever, the Remington 870 410. It also includes different variations including an antique, a retired and beat up police gun, and even off-the-wall designs. Sometimes I like a Remington variation of a gun and vice versa. The good news is, both guns are very well made and are perfect for hunting, home defense, competition, and duty use.

These guys have a ton in common. This is partially why a Mossberg 500 vs. Remington 870 review is hard to write.

First and foremost, they are both pump-action shotguns. They are both available in the big three shotgun calibers, which are 12 and 20 gauge as well as 410 bore. Both use dual action bars in their pump, and both have field models with a variety of interchangeable chokes.

Both guns also feed from a tube magazine on most models. The tube magazine is placed below the barrel and varies in length to accommodate more or less rounds. You can also easily switch barrels on each gun which leads to both companies offering guns with both short and long barrels. Both guns are also very easy to customize.

Differences Between Mossberg 500 vs. Remington 870

One of the biggest differences is what the receivers are made out of. Mossberg goes with a lighter aluminum receiver. This often leads to the guns being up to a half pound lighter. Aluminum also does not rust. However, the Mossberg does use steel in parts like the barrel that will rust.

Remington goes with a full steel receiver. This makes the receiver stronger ultimately, but the difference strength wise would not necessarily be noticed by the end user. The steel receiver’s weight isn’t necessarily a bad thing. Weight absorbs recoil and shotguns in 12 gauge have some significant recoil.

It’s a coin toss if one is better than the other. In certain roles, the lightweight is a much nicer feature. For example, a breaching shotgun is carried with an additional weapon, and in that role, the lighter gun is better. However, in a role where the shotgun is the main fighting weapon the additional weight may be preferred.

On the inside, the guns are not too dynamically different. They do have a lot of basic similarities, and there are only two major differences between the two on the insides of the gun. The first is the extractor, or in the case of the Mossberg, extractors. The Mossberg 500 family of guns have two extractors, which are easy to change by the end user. A Youtube video can walk you through it. The Remington 870 has a single extractor, and you have to send it in or find a gunsmith to replace it.

Another big difference is the shell lifter. The Mossberg 500 model is kept in the up position when the action is closed. This makes loading the weapon easier and less likely to pinch or be cumbersome. This skeletonized lifter is also easy to work with if you have to clear a jam or malfunction. The Remington’s always in the down position. The upside is that the internals is better protected due to the lifter acting as a gate that blocks debris from getting inside the gun.

The Remington 870 features a small cross tang safety located just behind the trigger and placed on the right-hand side. The 870 is trickier to use for lefties due to the safety’s position. The Remington 870’s safety does work well with a traditional shotgun stock as well as a pistol grip or pistol grip and stock equipped weapon.

The Remington uses a single piece slide assembly and action bars. The design is more likely to bend and need to be replaced. The design also gives the end user a smoother overall action and has less slop when the gun is pumped.

The Mossberg 500 uses a slide assembly with the action bars pinned to it. The pinned design means the bars are much less likely to bind and bend. The downside is the overall sloppier and grittier action Mossberg shotguns have when being pumped.

Regarding Police use, it’s hard to say which gun is used more for police work than the other. Both guns have found their way into thousands of patrol cars across the United States at any given time.

In terms of military use both have also been used relatively extensively. The Remington MCS system is one of the most modular shotguns for military applications. However, the Mossberg is the more common military shotgun. It’s the only shotgun to pass the U.S. Army’s Mil-Spec 3443E test. This is basically a torture test and MIL-Spec guide for pump action shotguns.

The US Army is busy adopting the X26 shotgun, and the Marine Corps has made the Benelli M1014 as their standard shotgun. With that said the Mossberg 590s are much more common in the hands of Marines when I left in 2013.

Both guns are immensely customizable. If a company makes shotgun accessories they likely make accessories for both the 870 and Mossberg 500 series of guns. This includes stocks, red dot sights, scope mounts, flashlights, pumps and more.  You can swap every part of the gun to build your own custom shotgun.

As a side note, Mossberg used to make a muzzleloading barrel for Mossberg 500’s. These gave your gun a two-season versatility that was unbeatable for a budget gun. An aftermarket company produced 870 muzzleloader barrels, but they are few and far between. The Mossberg barrels are quite easy to find at this moment, even though Mossberg discontinued them.

When it comes to the cost of each gun Mossberg tends to be a hair cheaper than Remington, often being only tens of dollars. Other situations may have the Mossberg paired with it like an additional barrel for a lower price than a standard Remington. The Remington’s steel receiver certainly adds to the cost of the gun.

Both Mossberg and Remington both variations of all kinds for different uses. This includes breaching guns, AOWs, field guns, and tactical models of various sizes. Both companies like to go one for one when they introduce a new model. If Mossberg introduces a new type of Mossberg 500, you’ll likely see Remington release an 870 and vice versa.

In 2017 Mossberg released the 590 Shockwave, a firearm that by law is not a shotgun. It sports a short 14-inch barrel and bird’s head grip. Normally this would be an NFA controlled weapon, but due to a small loophole, it is not. Remington followed up shortly after with the Remington Tac 14, an 870 version with the same idea.

Following that, in late 2017 Remington released the 870 DM which was a magazine fed shotgun built on the 870 design. Lo, and behold at SHOT Show 2018 Mossberg released their magazine fed pump action shotgun.

This brings us to my conclusion, and that is that Mossberg needs Remington and Remington needs Mossberg. They push each other forward and force each other to innovate and become better.

Is one ultimately the better gun? That’s a hard one to call. Both are fantastic firearms and have been around for so long for a reason. If I were going to combat now, I’d likely choose the Mossberg 590A1. I find it to be the slightly better gun with a few features I prefer in my shotguns. Would I frown if I was handed a Remington 870 instead? Nope, I’d be plenty happy with an 870 as well. 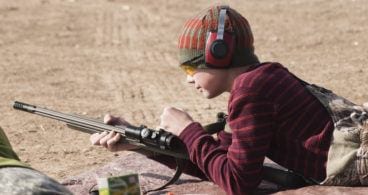 5 of the Best Rifles for Kids 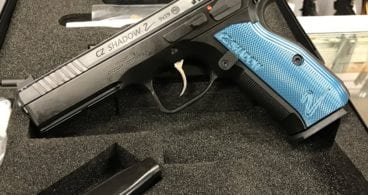 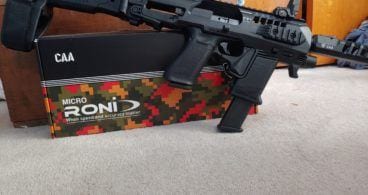 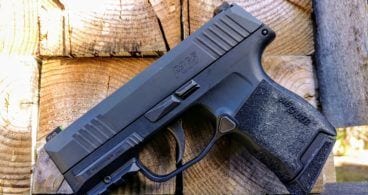 Best Carry Guns: Keep Your Peace Of Mind By Your Side