Shotguns 101: A Beginners Guide To Buying A Shotgun

So you are interested in shotguns? Well if you’ve looked around the internet and in the gun rags you may be a bit confused on the subject. Especially if you are new to gun ownership in general. Shotguns are complicated and diverse weapons that should be approached with a bit of knowledge before you make a major decision. They are somehow both complicated and simple in many ways, so lets ease on into shotguns 101.

Their design and purpose are simple, it’s everything around them that tends to get complicated. Shotguns are diverse in the way they are used, the calibers they come in, as well as the prices they can reach. Shotguns can be as cheap as 99 bucks at a pawn shop, and they can reach into the tens of thousands of dollars price-wise.

If shotguns are on your mind and you want to approach them with a little knowledge and know-how and to do so we are presenting you a guide to shotgun basics.

What is a Shotgun? Beginners Guide

A shotgun is a weapon designed to be fired from the shoulder and to fire a number of pellets from a single round. These pellets are known as a shot. Shot is contained in a fixed plastic shell and works best with a smoothbore.

Shotguns can also fire solid projectiles known as a slug, and slugs are most accurate out of a rifled bore.

Shotguns have been around nearly as long as guns have. Their simplistic design and their ability to fire multiple projectiles made them a popular choice for hunters and soldiers. Shotguns these days are used by hunters, soldiers, police officers, sportsmen, and more.

Benefits of a Shotgun

Shotguns are very versatile weapons and allow a shooter to engage a wide variety of targets from one single platform. A shotgun has the ability to successfully hunt animals as small as squirrels and birds and as large as a bear. The difference between a switch in ammunition sources.

Shotguns are also very powerful weapons when paired with buckshot or slugs, so much so that they can deliver more foot-pounds of energy per trigger pull than handguns, or most shoulder-fired semi-automatic rifles.

The use of shot in a shotgun ensures you have a greater chance of hitting your target when shooting rapidly or in low light conditions. A shotgun has no issues hitting birds from the sky with relative ease.

Shotguns are also typically very affordable guns, there is some significant variance of course, but a named brand shotgun from a reputable company can be had for 300 dollars. Shotguns are also weapons that are rarely banned in American states and even countries with heavy gun control regulations.

Limitations of a Shotgun

Shotguns are great weapons overall, but they do have some limitations. First and foremost they are limited greatly in range. Even with slugs, you can only reach out to roughly 100 to 150 yards in most cases.

With shot, you can as far as 50 yards with the right ammo and choke combination. In calibers above 20 gauge shotguns are heavy recoiling weapons that can be punishing to the shoulder and this makes them hard to control for most shooters.

Most shotgun calibers are measured in gauge. Gauge is an old and odd method of measurement but it persists. Shotguns are measured and referred to by their bore. To determine the gauge you have to take a pound of lead, split it into perfectly equal sized lead balls and those lead balls are the perfect size to fit down the bore.

Oddly enough one popular shotgun caliber is measured in inches like a standard rifle or handgun caliber, and that is .410. 410 is unique in this regard when it comes to shotguns.

12 gauge is the most common caliber and is used for everything from hunting to home defense and military applications. 20 gauge is a bit milder and perfect for smaller shooters for still being a capable defensive weapon. 410 is perfect for small game, as well as children learning to shoot. It could be used as a defensive round but 12 and 20 gauge are most efficient.

Uncommon calibers include the mighty and powerful 10 gauge, the mid-strength 16 gauge, and the meek and mild 28 gauge. These calibers are not as popular as they once were but remain popular enough that most gun stores carry these rounds.

Rare calibers include 8 gauge, 4 gauge, 32 gauge, and a few others that we rarely see anywhere in actual use.

Shotguns come in almost any design you can imagine. The different designs have changed over time, but almost all are still produced in some way or another. Shotgun actions vary in so many different ways it’s important to understand the different actions and how they work.

Single and double barrel shotguns are simple designs within this shotguns 101 beginners guide, capable of holding one round per barrel. Single-shot shotguns are often the most affordable shotguns and are designed to be lightweight and simple. These guns are used most commonly for hunting.

Double barrel shotguns were popular law enforcement firearms in the 1800s, but are now mostly used for sport shooting or hunting. Double barrels come in side by side configurations and over and under designs. Over and under are typically produced to be sporting shotguns designed for hunting birds and busting clay pigeons.

Side by side designs have fallen out of favor for most hunting uses and are typically recreations of older cowboy guns. You’ll often see them in competitions revolving around single action shooting.

Pump actions are the most common shotguns on the market. These shotguns use a manually accentuated pump to eject, recock, and load a new round. Pump-action shotguns are the affordable repeating shotguns and are commonly used for hunting, home defense, police and military use, as well as sport shooting clay pigeons

Pump action designs can often hold between 4 and 9 rounds depending on magazine tube length. Newer shotguns with detachable box magazines can hold up to 20 rounds of ammunition.

Pump-action shotguns are inherently reliable due to their manual operation. These guns have remained the most popular shotgun due to their combination of reliability, cost-effectiveness, and quick repeating action.

As pump actions became more common and more affordable bolt actions quietly faded away. They offered no significant advantages other than being lighter in weight than pump-action designs.

They were and are reliable guns and are typically very easy to operate and use. They didn’t offer the fast repeatability of pump actions or the same magazine capacity. Currently, Savage produces dedicated slug guns with bolt actions that replicate rifles in many ways. These are for states where using a rifle to hunt is illegal, but slug guns are not.

There was only ever one lever-action shotgun and that was the Winchester 1887. The design was one of the first repeating shotguns, but it did fall out of favor when pump-action shotguns came along. The biggest issue was how big and heavy the weapon had to be to function.

The lever throw was long and there was less room for variables that shotgun shells often have between shell sizes. Winchester 1887 shotguns are still reproduced to this day by companies like Century and they are used for Cowboy Action Shooting competitions.

Outside of that lever-action shotguns are rarely used for hunting or sport shooting. They are novelties, more or less.

Revolving cylinders are very rare. In the 1980s and 90s, a few models hit the market but were later declared destructive devices and required NFA registration. This killed the popularity of revolving cylinder shotguns.

Taurus has created a 410 variant that also fires 45 Long Colt cartridges. Albeit, legally this is a rifle and not a shotgun due to its rifled bore. It is a revolving cylinder shotgun.

Revolving shotguns tend to be reliable, but are plagued with issues regarding the heavy trigger required to fire the gun and revolve what can be a massive cylinder. They are also slow to reload. In the 80s and 90s, they did offer a higher capacity than most and could be shorter due to their lack of magazine tubes.

Shotguns are complicated guns and this article is what you should consider shotguns 101. This is only a starting point on your journey to becoming a shotgunner. Hopefully, you’ve learned something and if you have any questions feel free to ask below. Make sure you check out our articles on shotgun ammo, and our top 10 home defense shotguns. 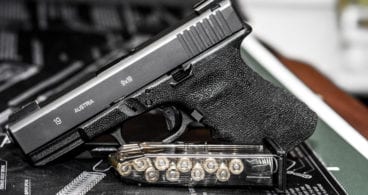 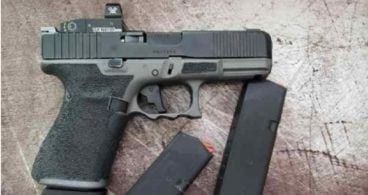 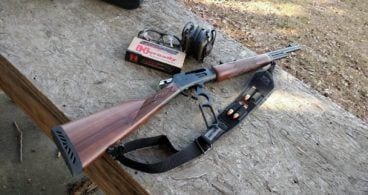 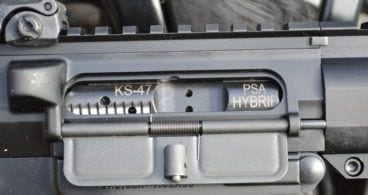