With Precision Rifle Series becoming more and more popular these days, it seems only fitting to talk about how to get started in this great sport with a beginner precision rifle. Long range shooting in general is a pastime that appeals to a lot of shooters, and PRS in particular is sure to offer a continuing challenge for years to come as creative (or sadistic, depending on your perspective) match directors continue to find new and inventive ways to challenge both shooters and their gear.

Today, we’re going to be talking about the latter. PRS is a fairly gear-intensive sport, even when compared to other popular shooting sports like 3-Gun and high-level IDPA/USPSA shooting, so it’s imperative that new shooters choose wisely when selecting their gear.

Over the years, I’ve been fortunate enough to be able to use a huge variety of gear, and I’ve been able to watch what my fellow competitors have been using as well, so I wanted to put together a list of gear that will get you started successfully, hopefully without breaking the bank.

Bear in mind, this is not the end-all list of PRS gear, so please don’t be upset if your favorite rifle or your pro shooter buddy’s scope isn’t on here. The goal is to give folks an idea of what they’re in for when they start wanting to get into this hobby, as well as some solid recommendations to start with so they aren’t held back by equipment that isn’t up to the task.

The Best Setup for a Precision Rifle 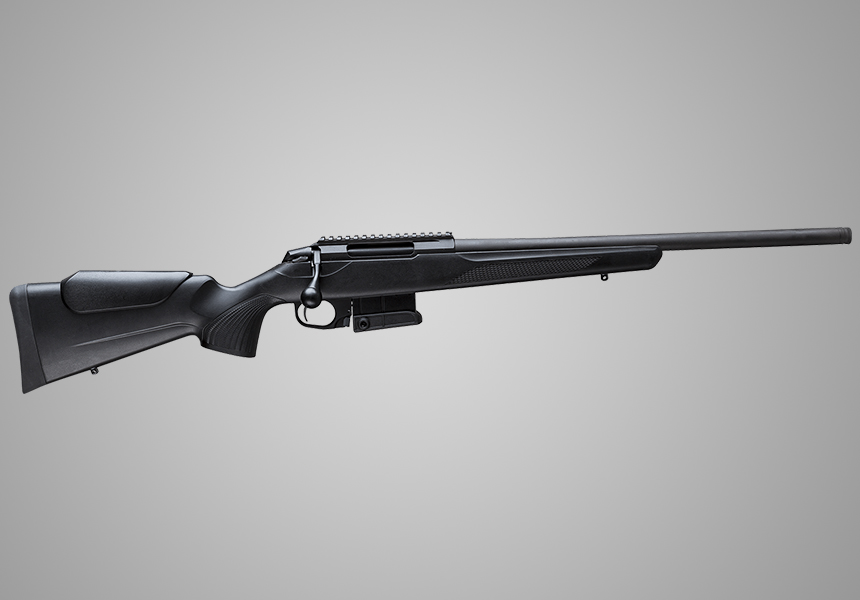 The Tikka T3x Series is without a doubt one of the most accurate and reliable rifle lines on the planet right now, which makes them a solid choice for beginner precision rifles. On the cheaper end, you have the Tikka T3x Lite, which is a fairly bare-bones hunting rifle that just so happens to be accurate enough for the long-range, high-precision shooting you need to do in a PRS match.

Like all of the T3x series rifles, you can swap the stock out for an aftermarket chassis like the MDT LS, and you’ll then be able to add the pistol grip and stock you want, as well as pick up a rail section on top of the receiver. You won’t gain much in accuracy, but you will gain a good bit of modularity, and the ability to add a more PRS-focused stock than the very traditional hunting rifle stock you get otherwise.

Moving up in price, the T3x Lite Adjustable is basically the same precision rifle as the standard Lite version, just with a stock that is adjustable for length of pull, and an adjustable cheek piece. This is the rifle I’d recommend if you want something that’s a good balance between a hunting rifle and an entry-level PRS rifle. Good luck finding them in stock anywhere though as they seem to sell out immediately just about everywhere.

Finally, on the more expensive side of things, we have the T3x Tac A1, which may actually be the best factory PRS-style rifle on the market, and if it isn’t, it’s certainly near the top of the heap. Make no mistake, this is a rifle that is almost entirely designed for PRS and other similar competition and target shooting. A hunting rifle this ain’t.

That said, if you have the money and want to give yourself every advantage without spending $4k+ on a custom precision rifle, the $1700ish Tac A1 is the choice I’d recommend, and is more than worth the money if you’re sure you want to get into PRS competition and actually be competitive out of the gate.

Finally, get the rifle in 6.5mm Creedmoor. I know, I know, everyone is using 6mm cartridges like 6mm Dasher on the pro circuit, but if you’re a pro you don’t need my advice anyway. 6.5mm CM is still very competitive, and factory ammo is abundant.

For factory ammo, Hornady’s 140gr ELD-M is going to be more than accurate enough for the type of shooting precision rifle matches require, and it’s available just about everywhere. Obviously you need a good bit of money to get into this sport, but that doesn’t mean you should have to spend a fortune on ammo.

For a new competitor who doesn’t handload 6.5 CM already, this is where I’d recommend you start. I use this stuff almost exclusively in my personal T3x  too, and I can confirm sub-MOA performance out to 1000 yards, which is more than sufficient for PRS. Unless your rifle just doesn’t like the stuff (which is possible, but unlikely) this is the most efficient and cost-effective choice.

This was honestly the hardest choice on the list for me. Scope choice, in general, is deeply personal, more so even than rifle selection, so be sure to do your own research here.

What I’ve recommended is what I consider the bare minimum glass for PRS matches, both in quality and in features. Other cheaper options that may be just as good do exist (Athlon ARGOS BTR, etc) and there are certainly better options, but for the price, this scope will get the job done, and Vortex has the best warranty in the industry so you know you’re covered if something breaks.

Now, if you have a little bit more money to spend, I have some other options for your beginner precision rifle. Generally speaking, buy as much scope as you can afford from this list, but don’t sweat it too much if you’re on a tight budget as the Diamondback line is perfectly competent. Like all things though, you get what you pay for and the Viper line is definitely worth the money if you can swing it as an upgrade. Also, keep in mind though that a scope is a fairly easy thing to upgrade down the line if you aren’t sure about how much time and money you want to spend on PRS stuff.

These Seekins Precision Rings are basically the industry standard, and plenty of pros and other highly-successful PRS shooters swear by them. For me, there just isn’t another choice unless you have $400+ to spend on a super high-end Spuhr mount.

These rings will last forever and will keep your scope rocksteady and on target, even as you accidentally smack it into a barricade as you move around a PRS stage (we’ve all done it, don’t worry about it too much).

Seekins also makes these rings for a number of other manufacturers who rebrand them, with Vortex being the most abundant, so feel free to shop around for a deal if you can’t find the Seekins-branded ones on sale, just make sure they’re actually made by Seekins and aren’t a cheaply made knockoff.

A bipod is essential for a lot of prone shooting in PRS-style competition, so its important to get one that won’t let you down. I’m partial to the Atlas Accushot line personally, as are many pros, but not everyone shoots for a living, so I’m going to recommend the Harris HBRMS instead.

This bipod is still used to great effect by many shooters, pro and amateur alike, and is a great value for the price. This is another fairly easy place to upgrade as well, so don’t worry too much about going with the cheaper option first. If you’re new to long-range shooting in general, you aren’t going to be missing out on much by going with the HBRMS line, and you aren’t going to be held back either.

I know $100 is a lot for a shooting bag, but hear me out. PRS is all about long-range shooting from weird positions. I’ve had to shoot off fence posts, out of concrete culvert pipes, off spigots, out of the bed of a truck, resting on a strand of barbed wire (with the barbs snipped off), off all kinds of 2×4 barricades, out of portholes in the side of an old tugboat hull, and from a variety of other positions that a traditional sandbag or bipod just wouldn’t have worked for.

The Wiebad pump pillow uses a polymer fill to make shooting from any of these positions not only possible but downright easy. The bag is designed to conform to the shape of any barricade or obstacle and still provides a flat, stable shooting surface.

Other Concerns for Precision Rifle Setups

There are a few other things you may want to invest in for PRS that isn’t strictly necessary but will help out.

The first is kneepads. If you have any kind of knee damage or just aren’t quite as spry as you used to be, kneepads can save you a lot of pain when shooting from unconventional positions. Being comfortable and avoiding unnecessary distractions (and a pebble digging into your knee as you rest your full weight on it is definitely distracting) is a big part of long-range shooting, so don’t discount the idea of kneepads just because you think they look goofy, or too “tacticool”.

Next, ear pro. I’m assuming you already know that you should be wearing proper eye and ear protection when you’re either shooting or around someone who is, but for PRS, in particular, you might be shooting in enclosed spaces with a big caliber, and a big muzzle brake, so doubling up on ear pro isn’t a bad idea.

I especially like running a good pair of foam plugs because I hate shooting rifles with earmuffs on, but this can make hearing range calls difficult, and may not be enough protection so I bring a set of Howard Leight Impacts to every match, and I see plenty of other people using these affordable electronic ear muffs as well.

Finally, shoot PRS long enough and you’ll see people using a tripod. Tripods are another way to get a rock-stable shooting platform, but they aren’t practical or even allowed on every stage. You can get by without one, but if you want to really take PRS comps seriously, I recommend picking one up.

The standard choice endorsed by everyone is the Really Right Stuff tripod, which is extremely nice and one of the few that are actually designed with PRS shooting in mind. They’re also like $1,100.  For much cheaper, you can pick up a Bog-Pod Death Grip for about $200, and any high-quality photography tripod will work, you just might have to buy a separate adaptor.

Precision Rifle Series is a daunting challenge for any shooter’s skills, but it doesn’t have to be too detrimental to your finances, especially if you’re just starting out and learning. With the gear on this list, you can get started relatively cheaply (under $1,500 if you opt for a less feature-heavy rifle and shop around for deals).

If you’re interested in PRS, there’s never been a better time than now to get started, with more and more manufacturers putting out high-quality gear that’s still affordable. 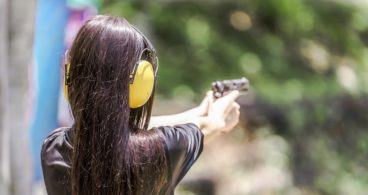 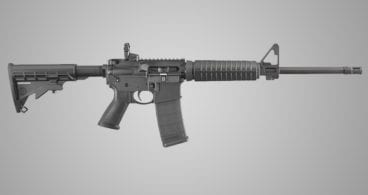 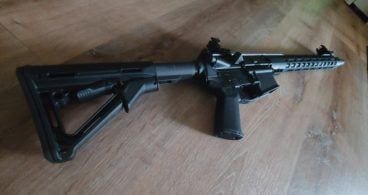 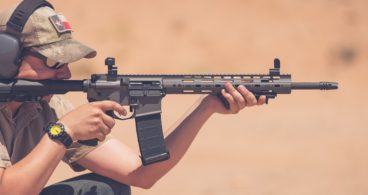 The Best AR-15s: From Each Part to Complete Rifle Builds