There are two rounds that continue to dominate the long-range rifle shooting world: .308 Winchester and 6.5mm Creedmoor. Each round has its pros and cons, its benefits and its negatives, and its supporters and detractors. These are the rounds that you find on the firing line at every competition, in the hands of more than a few hunters, and even in military and police sniper weapons. With so many supporters on both sides, a controversy is inevitable: the 6.5 Creedmoor vs .308 Winchester debate.

The reason for the big kerfuffle is that the rounds occupy a very similar niche with other rifles (even the 30-06). Indeed, most rifles chambered in one of the two calibers will also be available chambered in the other.  This has lead to some disagreements among shooters, unfolding into today’s 6.5 Creedmoor vs .308 Winchester debate.

We’re going to settle this debate today by declaring a winner between the venerable and legendary .308, and the upstart 6.5mm Creedmoor.

The .308 Winchester was born in the period following WWII, as the Korean War was winding down. It was developed primarily as a lighter-recoiling alternative to the .30-06 rounds that were used in American service rifles at the time.

The US military and other allied militaries wanted a more controllable round than the .30-06 for fully-automatic weapons. Winchester was one of a few companies in the running to produce a short-action, long-range-capable round that was easier to shoot on full-auto, and lighter to carry.

This gave rise to the 7.62x51mm round and the guns that used it, the M14 service rifle and the M60 machine gun , both around 1957. Before that, however, Winchester saw that there might be some civilian interest in the new round, and in 1952 they released the .308 Winchester round we know and love today.

Since then, the .308 Winchester has gone on to become the single most popular medium to large game round on the planet, and probably the most popular long-range round period, thanks to its adoption by NATO in 7.61x51mm form.

Today, the .308 is alive and well and can be found wherever ammunition is sold, just about anywhere on the planet. It is incredibly popular with civilians and with militaries around the world, and can be found in the hands of soldiers, police, hunters, target shooters, and more. 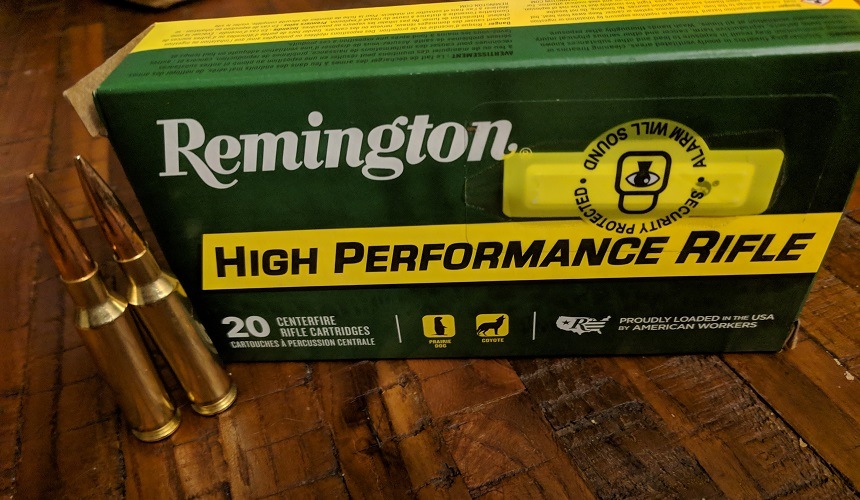 The 6.5 Creedmoor (CM) round was developed much more recently. In fact, I remember when it was released, all the way back in 2007.

In this admittedly short time, the 6.5 Creedmoor has taken the long-range shooting world by storm and is a big part of why precision rifle shooting has exploded in popularity in the past decade or so.

The reason for the round’s success is simple: it’s very, very good.

Which is what you’d expect from a round developed by the top shooters and ballistic scientists at ammunition legend, Hornady. They were interested in developing a round that could perform better than other 6.5mm projectiles at long range, and they settled on the long, skinny, ballistically outstanding bullet in a modified .30TC case, which is itself a modified .308 case.

Today, the 6.5 Creedmoor is one of the more popular rounds for reaching out past four hundred yards, and it is beloved by hunters and precision target shooters the world over. It has taken numerous National Match trophies and is sold by just about every ammo manufacturer on the planet.

How does this round compare to the .308 though? Let’s take a look.

Modern .308 ammo is most commonly found loaded with 150, 168, and 180gr bullets, although 125gr options are also available. For most game, the larger bullets are preferred, but the 150gr stuff is usually cheaper. Getting into bullet weights vs. intended use is going to have to be a subject for another article.

This is the chief problem with .308, and is what the 6.5mm Creedmoor is looking to correct. The .308 round loses velocity and drops rapidly past 500 yards, and is really stretching itself past 800. This makes it less than ideal at these ranges, especially if you’re trying to reach even further to ring the gong at 1000 yards.

That said, it’s still a very good round, especially inside of 600 yards which is where the round really shines. And there’s no denying proven, literally battle-tested results. The .308 is still in service around the world and likely will be for years to come.

The 6.5 Creedmoor has an overall cartridge length of 2.825 inches, which allows it to also be chambered in short-action bolt guns, and in semi-automatic AR-10-style rifles. It has a maximum case length of 1.92”. The .264” (6.706mm) diameter bullets commonly come in weights between 120 and 143gr, which is the ideal weight range.

The cartridge is designed for barrels with a 1:8” rotation, and that’s what you’ll find in most rifles. This is optimal for the very heavy (relatively speaking) bullets.

Ballistically, the 6.5 Creedmoor resembles the .260 Remington, which itself remains a popular long-range hunting and target cartridge. It also approaches .300 WM velocity, albeit with much less muzzle energy.

Inside 600 yards, the upper limit of the .308’s ideal performance, the 6.5 Creedmoor has a slight advantage in velocity. However, it’s not super noticeable for most shooters, especially against paper targets.

Where the 6.5 Creedmoor really shines is out past this range, where it holds its velocity much better than almost any round in its class, and certainly better than anything else you can just pop by the local sporting goods store and buy by the case.

At 800 yards, it drops almost half a foot less than the .308, and is still moving at supersonic speeds. At 1000 yards, you’re reaching the maximum effective range of the round, but it can still punch holes in paper accurately. It’ll also drop about 15-18% less than .308.

A 24” barrel will best help you take advantage of the 6.5 Creedmoor’s excellent velocity numbers, but a lighter, more maneuverable 22” barrel is close enough that it might be a better choice for anyone but benchrest shooters and true accuracy nuts.

You’re only losing about 17fps of muzzle velocity, so even if you are chasing the best accuracy possible, you might still want the shorter barrel.

Overall, you should think of the 6.5 Creedmoor as a smaller, lighter, version of the .300 Win Mag. Best of all, the recoil is much, much lighter, and is much more suited to the 6.5 Creedmoor’s place as the king of the long-range, AR-compatible, calibers.

There are a huge number of .308 factory loads out there, but here’s some of the best, and a few of my personal favorites.

For hunting, I like the old reliable option, Remington Core-Lokt’s in 168gr. I’ve taken whitetail, elk, and bighorn sheep with this cartridge, and I know it’s been used reliably for other similarly-sized game like black bear and antelope. Another great option is Federal Premium Vital-Shok, another well-beloved hunting round.

For competition, I use handloads topped with Hornady’s 168gr ELD-M. If I need a good off-the-shelf round, I default to either Hornady’s Match 168gr or Black Hills 180gr. Both have won me matches, and both have done well in national match competitions.

For general use, such as longer-range plinking, you have a ton of cheap options. Wolf, Black Bear, and other lower-end manufacturers that focus on military-grade (not a synonym for quality).

My favorite is Monarch 145gr FMJ, which I bought about three thousand rounds of back in 2015, and it’s been serving me well ever since. Its dirt cheap, and they make enough of it every year that you’ll have no problem finding it in stock (unlike my favorite 9mm ammunition for a carbine).

First of all, I’m going to take a moment to plug reloading as an option for 6.5 CM. Handloading a round to your exact specifications will always be superior to factory loads, but you can really see benefits with 6.5 CM.

For hunting, Hornady’s 143gr Precision Hunter ELD-X round is phenomenal. Hornady makes great ammo for just about every caliber. I don’t think I’ve had a deer take a single step after being hit with one of these, and I’ve been very impressed with its availability. Other than that, Remington Core-Lokt’s and Federal Fusion in your favorite bullet weight will also get the job done.

For serious target work, all of Hornady’s ELD loads will do great, but I like the heavier 147gr loads. Other than that, I have had great success past 1000 yards with Winchester’s 140gr hollowpoint boat-tail loads.

For plinking, there’s not a lot. If you’re just looking to pick up practice ammo, you’re still going to be paying a dollar a round, so you might as well get the good stuff. That said, there’s enough $.75/round stuff out there like Hornday’s American Gunner line that you can save a little and not feel quite so bad about tearing up soda bottles and beer cans at 100 yards.

You can also get things like Remington’s High-Performance Rifle line which, while far from match quality, are still more than adequate for ringing steel at longer ranges.

Does that mean the 6.5mm Creedmoor is better?

It exceeds in velocity, bullet drop, ballistic coefficient, and energy transfer to the target. It also has better performance at longer ranges.

That being said, there are some reasons to choose .308 over 6.5mm Creedmoor.

First and foremost, if you’re dealing strictly with shorter ranges, take advantage of the lower cost of .308 rifles and ammo.

That brings us to the .308’s chief advantage over 6.5mm Creedmoor: price.  Like other calibers and rifles, price always makes a difference.

Every Western military on the planet, including NATO, favors the .308. That means cheap, cheap, cheap ammo. While 6.5 Creedmoor is available most places, you still can’t get the sheer variety of cheap surplus ammo that you can get with .308 Winchester.

Of course, that may change now that the US government is adopting 6.5mm Creedmoors. But for now, .308 is the superior budget long-range round. 6.5mm Creedmoor is better for serious competitors and those who want to get the best performance possible.

In the end, it comes down to personal preference.

I know I said I was going to give you a definitive answer one way or another in the 6.5mm Creedmoor vs. .308 Winchester debate. The truth is, there just isn’t one. Both of these rounds have their upside, in the end. 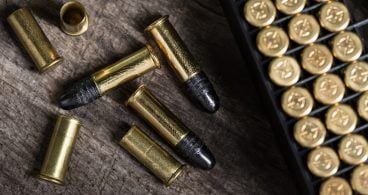 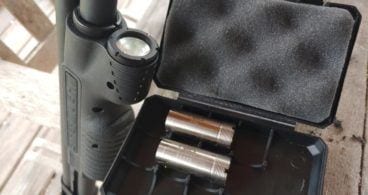 Shotguns 101: A Beginners Guide To Buying A Shotgun 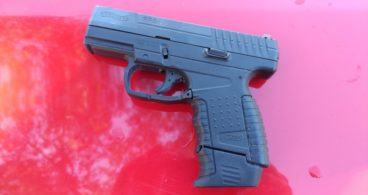 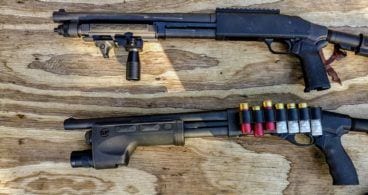